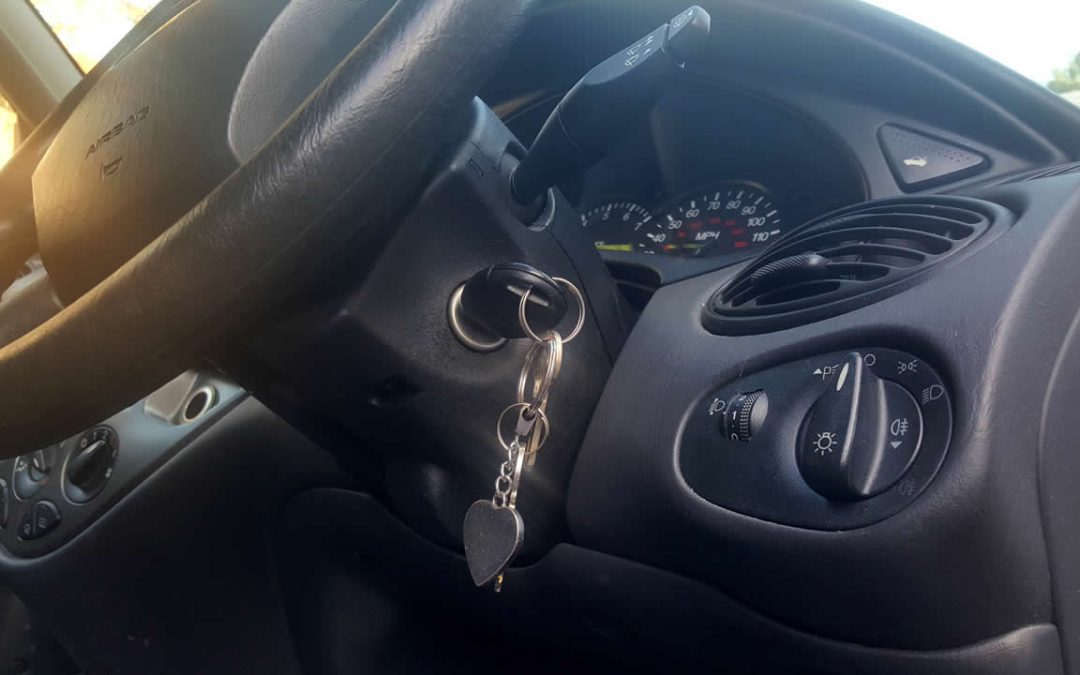 Keeping your car insurance policy valid can sometimes be a bit of a minefield if you’re the type of driver who likes to make modifications to your car. Sometimes, even the smallest thing like having a Sat-Nav fitted without informing your insurer can jeopardise your policy. More significant changes such as having a respray or a vinyl wrap in a different colour are perhaps more obvious and shouldn’t be overlooked when it comes to keeping legal on the road as you’ll also need to inform the DVLA about this too.

Perhaps more surprising and often overlooked are the tiny mistakes you could make that will lead to your insurance company having (what they will probably claim to be) a valid reason for not paying out if your car is stolen…. Leaving your car keys in the car is one such example.

It’s an easy mistake to make; you pop into the petrol station to fill up and grab a bite to eat, leave the keys in the ignition and dash into the shop to pay. Even though you didn’t think anyone was around, you exit the shop only to find an empty space next to the pump where your car stood only a few moments ago. In fact, even just leaving your vehicle unattended could lead to the same result if it’s stolen – despite the keys being in your pocket this time!

Insurers have this thing called perceived risk and it’s a factor that determines how much they’ll charge you. A couple of obvious examples of this are your age and the type of car you drive. In other words, if you’re 17 years old and have just passed your test and want to insure a brand new Ferrari, you’ll either pay an unfathomably astronomical amount or they’ll flat-out refuse to provide you with any cover at all.

The bottom line is that leaving your car keys in the ignition, or anywhere on display for that matter, will significantly increase the risk of either damage to your car if it’s driven away by a thief and then collides with something. This is why insurance companies have a pretty standard approach in their policies which state that the policy will be invalid if the keys are on display or the vehicle is unlocked whilst unattended. Oh, and by the way, it’s important to understand that “unattended” doesn’t just mean out of sight. Even if you can see your car, an opportunist thief can still jump in and steal it.

This is backed up by a spokesman from the AA who is quoted in the Express as saying:

“I’m not quite sure why people do it. It will invalidate your insurance – you won’t get a payout. There is always a clause saying you won’t leave your keys in the car. The keys are the weakest part of the car security system.”

Other things to watch out for

If, during reading this, you’ve just popped outside to make sure your car is locked, bear in mind that it’s not just leaving the keys in it or leaving it unlocked that are the only two things to worry about. Something as simple as leaving the window down on a hot day can get you into equally hot water if you’re making a claim. Obviously, this leaves the proverbial door open for a thief to simply reach in and unlock the unattended vehicle and boom, your car is gone.

Then there’s the other time of year when you nip out on a frosty morning, start your car up and leave it ticking over to warm it up. Of course, it’ll be the same story if the car is then stolen whilst you’ve popped back indoors to finish the last dregs of your morning coffee before setting off to work.

Due to the increase in keyless cars which can lock the car as you walk away and open it again when you’re coming back to it, insurance companies are having more difficulty in denying claims. The reason for this is that it’s more difficult for them to prove that the driver has been negligent in some way by deliberately leaving it unlocked. This has become a real headache for them due to ever-more sophisticated methods that criminals can use to crack the codes and has led to payouts totalling over £1 million every day. As a side note, this obviously increases annual premiums across the board and is a contributing factor to the ever-rising cost of motor insurance for everyone.

Basically, what it all boils down to is the insurance company being satisfied that the driver has taken ‘reasonable care’ to protect their vehicle. So, as long as you do everything that you can to protect it, you shouldn’t have any problems when it comes to making a claim.

Hopefully, you’ve picked up a few tips for keeping yourself covered when you’re out and about on the roads – Just remember to take the keys out of the ignition when you get out. And don’t forget, if you do leave your keys in the ignition but lock yourself out instead, we can help. Just pick up the phone and let us know so that we can get one of our locksmiths out to help you.