What is a skeleton key? 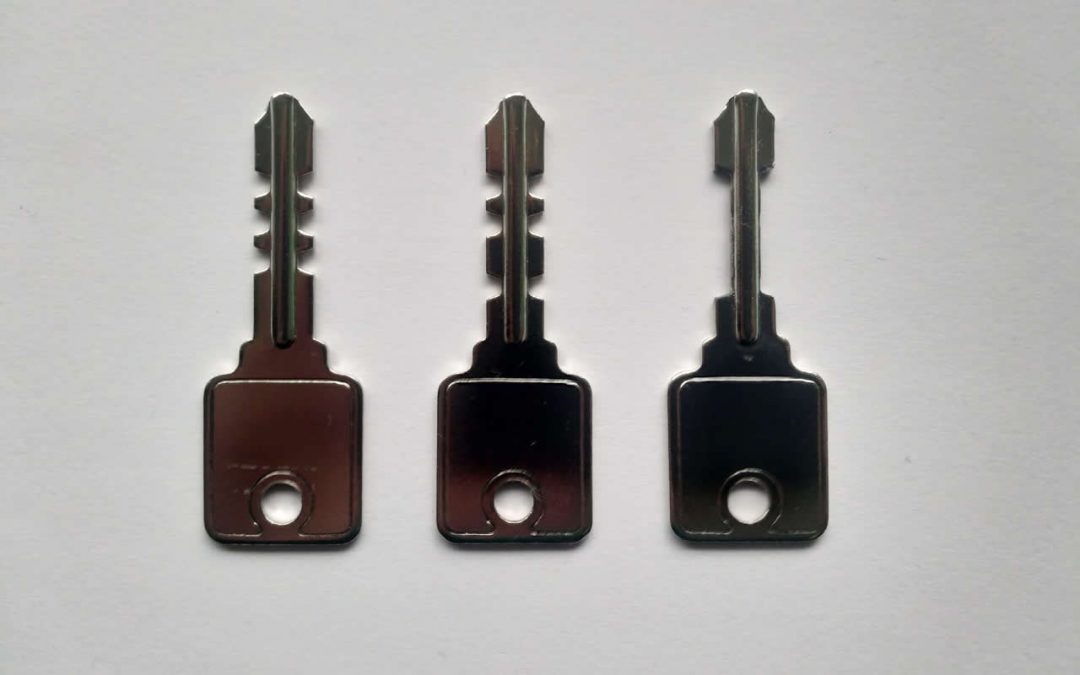 There’s often a lot of mystery, glamour and intrigue surrounding the use of skeleton keys. We sometimes see them in movies where an arch-villain or international spy will use one to gain entry to a top-secret facility or someone’s apartment to plant a bugging device. Unfortunately, the bland reality is that skeleton keys are fairly simple to make and not particularly effective in most modern-day scenarios.

As you can see from the picture above, a typical, run-of-the-mill skeleton key is simply a normal key that’s had the serrated edges filed down to remove them. In the US, they’re often called passkeys (which sounds far less exotic) but the use and design is the same. In times gone by when locks were far simpler in design, the key on the right in the photo above could actually open many different warded locks of the same design. In other words, just by spending a bit of time filing a key down, you could use it to open any lock in the set of locks for which it was made.

This, of course, makes warded locks very insecure when such a simple security vulnerability is so easy to exploit and thankfully nowadays, you don’t see many of them around (aside from old garden sheds and the like). 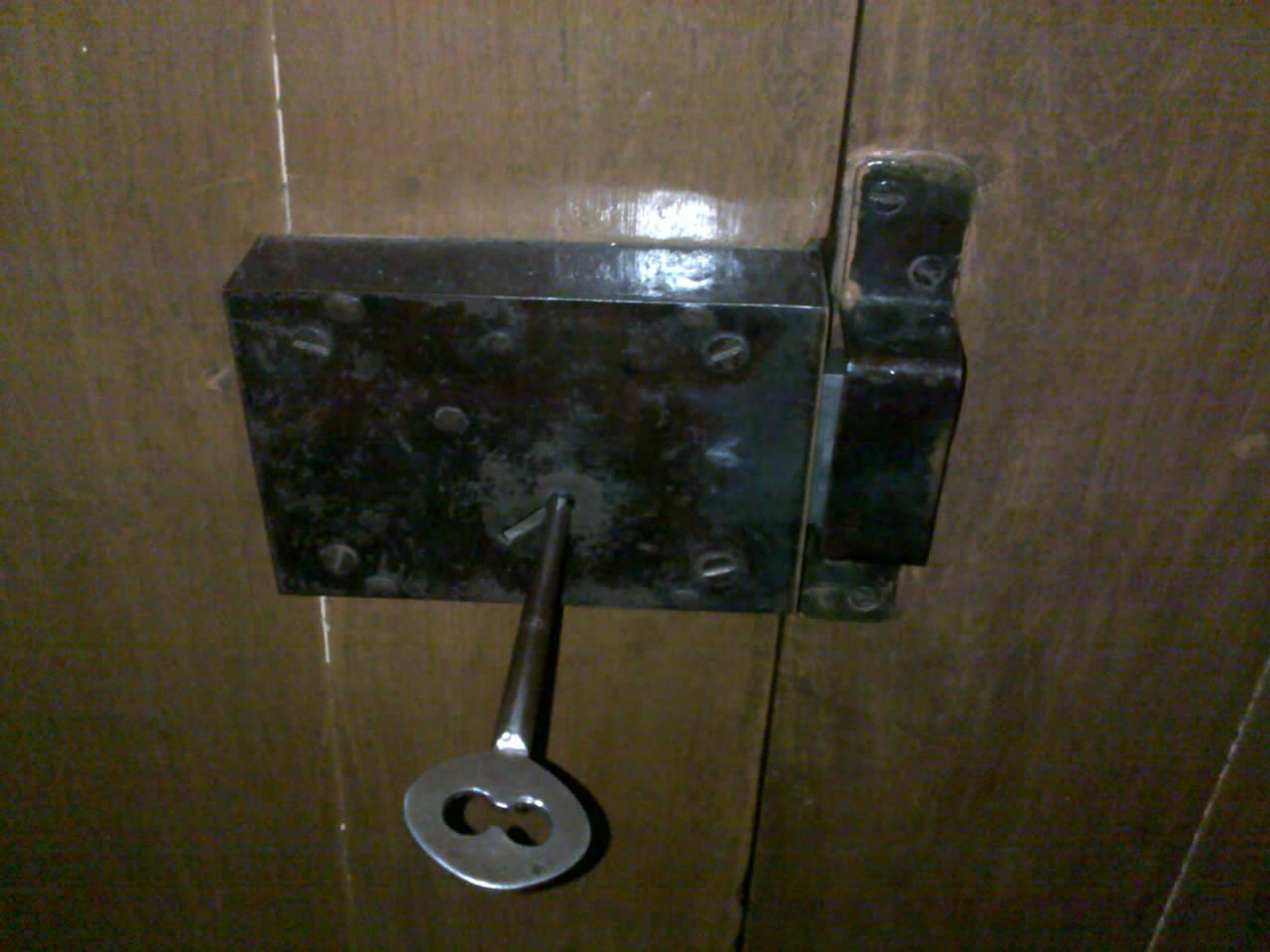 Can they be used to open padlocks?

Yes, some skeleton keys can also be used in older style padlocks too. As you can see in the image below, the padlock key on the right has been filed down to its bare bones (excuse the skeleton pun!), meaning that it should now be able to open any padlock of the same design – Hardly very safe is it?!

Thankfully, this is rarely the case nowadays though as designs have improved, and also with the advent of the ‘combination lock’ as well, security is much better. 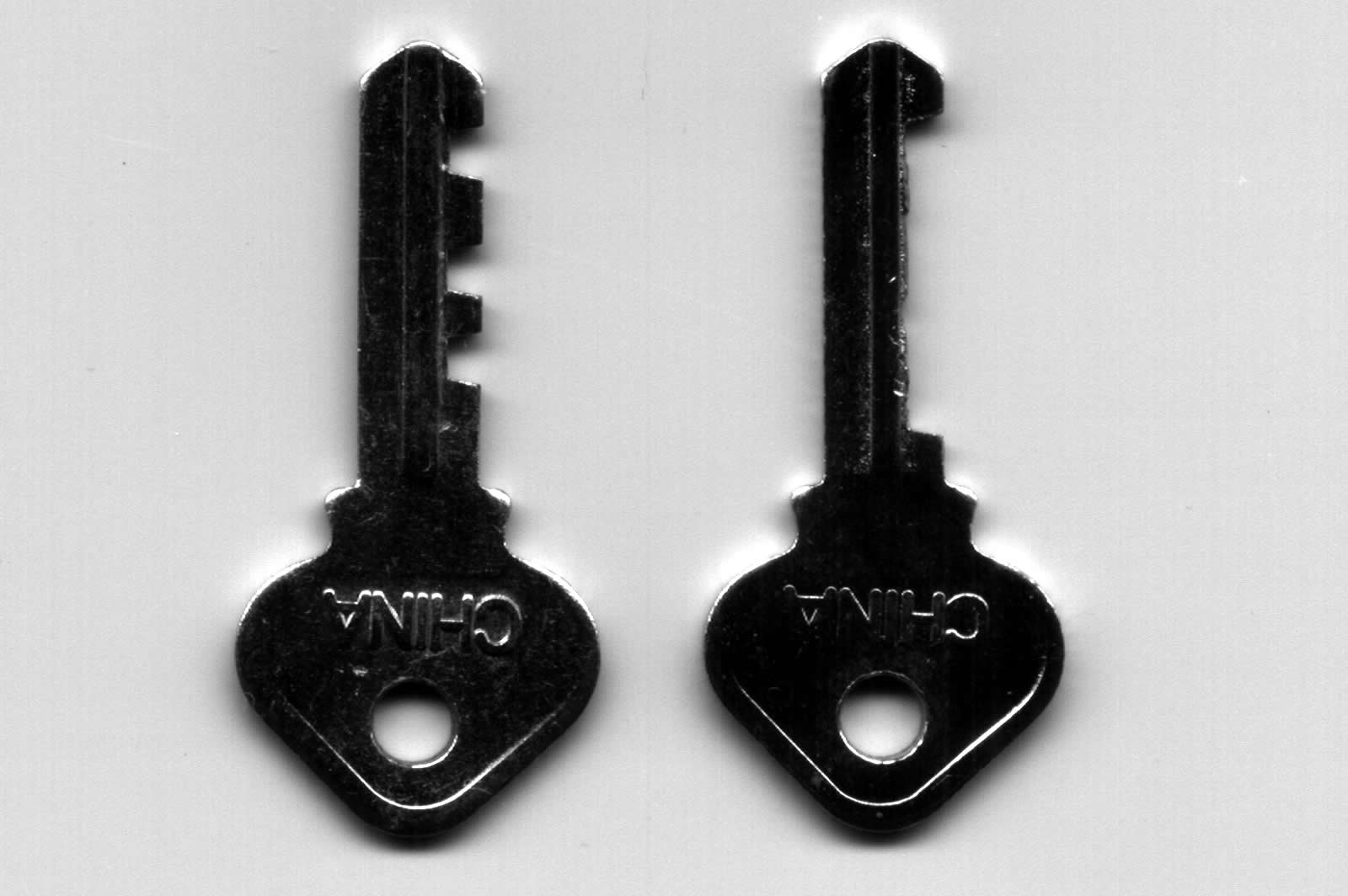 How did the skeleton key get its name?

The skeleton key gets its name from the simple fact that it has been reduced to its basic part, much like a human body stripped of all its complexities becomes a skeleton. In books and magazines, you’ll often see pictures of them with a skull on one or both ends, although this is merely for effect and has nothing to do with the origin of their name.

Can any key become a skeleton key?

The short answer is no, so you shouldn’t worry too much about your car being stolen with one. There is such a wide variety of locks on the market today (with many of them being electronic) and all have a far more sophisticated design than the locks from a century or so ago.

As production techniques have improved so have keys and locks. The precision tools used in the manufacturing process of a modern key and lock are a far cry from the cumbersome and bulky iron locks of yesteryear. As such, you can’t simply file a key down and expect it to work in any lock. In fact, it’s unlikely that it’ll even fit in the lock it was made to match!

Despite all we’ve talked about already, skeleton keys are still used today in various guises. These are often referred to as ‘master keys’. An example would be a hotel where every room is fitted with a warded lock, with each door having different wards which can only be opened by the correctly warded key or the master key.

So, the skeleton or ‘master key’ would have the warded section of the key removed so that it can open every door in the hotel. Similarly, many of you will be familiar with hotel rooms that have electronic locks and your key card will only open your particular hotel room but the housekeeping team will hold a master key that is programmed to open every door when it’s time to clean the rooms. Lead article image by Lukkojaska – Own work, CC BY-SA 4.0, 276 Link