Will your phone eventually replace your car key? 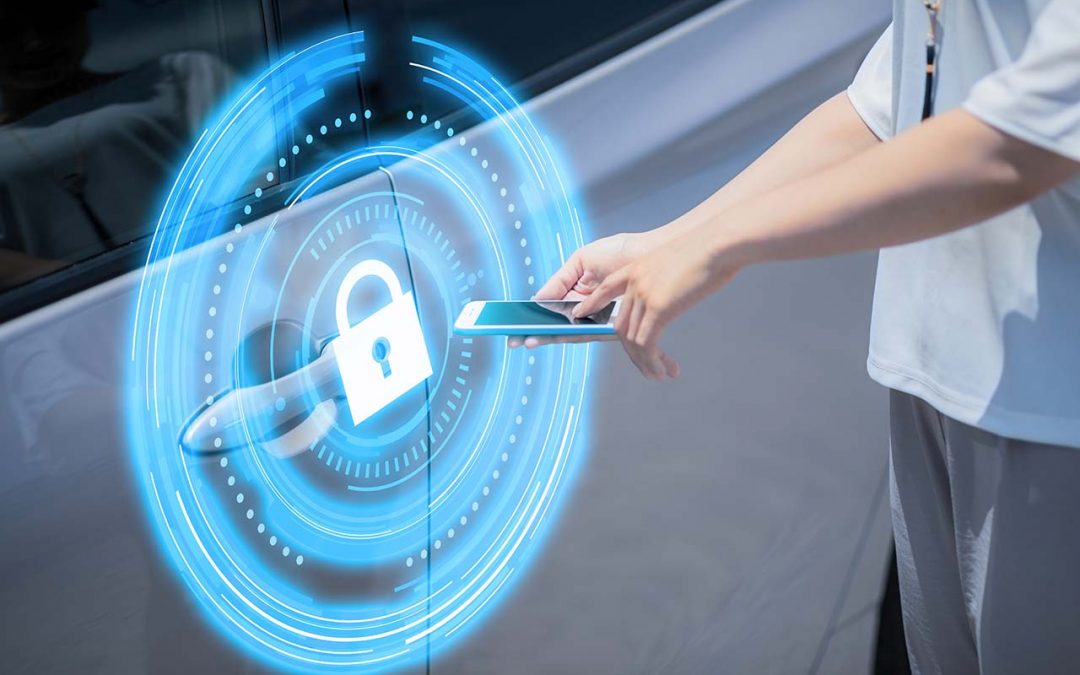 This article posted on Forbes recently looks at Apple’s brainchild for a keyless entry system for your car. Although not available for older models, Apple’s new Digital Car Key uses the iPhone as a virtual key to unlock your car when you touch it on the vehicle. If that wasn’t easy enough, it can also be used in Express Mode, whereby you don’t even have to take your phone out of your pocket.

What about the Apple Watch?

Yep, it works with that too. You can even start the engine in the same way. Also, if you want, you can share the Digital Car Key with friends and family too using iMessage. If you change your mind, it’s very easy to cancel as well.

What vehicles does it work with?

According to Forbes, so far it works on a range of new BMW cars and, although not officially confirmed yet, it’s rumoured that by the summer of this year, Hyundai may be jumping on board with their Genesis range.

What if my phone battery is flat?

It’s an obvious concern that if your phone runs out of juice, you won’t be able to get into your car. Apparently, this particular issue has been overcome as the digital car key is reported to work for up to five hours after your phone dies. I’m not sure what happens after this; presumably, you’d be locked out if you don’t have a key for the car.

Will it work on older models?

The short answer is no. Although some existing makes/models of cars already have keyless entry systems built-in, Apple’s version isn’t backwards compatible with them yet… although this could change in the future.

Is it safe from a security point of view?

That remains to be seen. It’s as old as the hills that when any new technology comes to market, would-be criminals will immediately try and exploit it. You’ve no doubt heard stories of people putting their keys in the microwave to prevent their car from being stolen so it remains to be seen how bulletproof this latest technological marvel will be. In fact, only last year, thieves were already using Apple’s AirTag to track vehicle owners with a view to stealing their cars so I guess we’ll just have to wait and see.

Is this bad news for auto locksmiths?

No, not really. Firstly, we deal with older models all the time; vehicles without keyless entry are the norm for us so it’ll certainly take a long time even if this new technology proves to be safe in the long run AND is widely adopted in the future. We also regularly attend callouts for drivers who are locked out of their vehicles for one reason and another and this will always continue to happen – regardless of technological advances. It’s also likely to bring up a whole new range of issues such as wireless transmission problems and starting/ignition problems too.

With all this and more in mind, we’re confident that companies like ours will continue to adapt, a bit like The Borg 🙂 If you want to read more stories like this one, be sure to check out our topical global news page.