What is a transponder key and what does it mean? 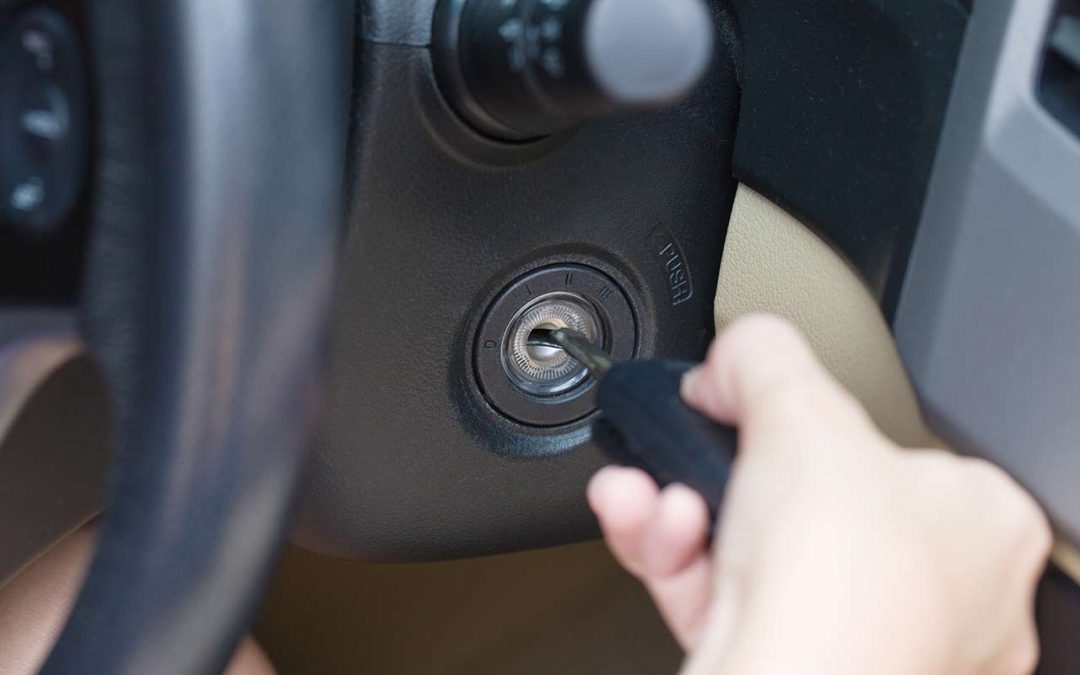 If you have a car that’s quite old, say a pre-2000 model for example, the chances are it won’t have any type of electronics in the key or fob whatsoever. It’ll typically be just the key shaft with a solid plastic handle so that you can turn it once it’s inserted in the door lock. As a general rule of thumb, many cars made within the last twenty years have some kind of circuitry in the key that allows the user to unlock the car at the press of a button located at the head of the key. If the car has one, this will usually disable the alarm (immobiliser) as well. Similarly, virtually all cars made within the last 10 years will have what’s known as a transponder in them.

Appropriately also known as a ‘chipped key’, a transponder key has a small Radio Frequency Identification (RFID) microchip inside it that communicates with your vehicle when activated. What this means is that when you put your key in the ignition, the RFID chip details/serial number is compared to the one that’s stored in your car’s computer (ECU). If they match, your car will start. If they don’t, the car either won’t start at all, or it’ll start for a split second, then switch off again. Some cars will even still turn over but they won’t actually start. You might not even be aware that your key has a transponder as there aren’t any buttons that you need to press. The transponder itself doesn’t even need any battery power from the key as it’s energized by the radio signal that’s sent to it. Typically, there’s a capacitor in the radio receiver that generates a small voltage in the key’s transponder by a method known as ‘inductive coupling’.

This is great from a security point of view as it makes a car more difficult to steal for an old-school or novice car thief who uses brute force and then tries to ‘hot wire’ it to get it running. That’s not to say that it makes the car invincible to theft as, like the technology itself, car thieves have also evolved and found new methods of starting cars, even those with transponders fitted.

Are transponder keys expensive to replace?

Relatively speaking, yes, they’re more costly to replace than a basic non-transponder key due to the extra manufacturing costs associated with the transponder chip/ mini-circuit inside the key. That doesn’t mean to say it’ll break the bank if you need a new one, it simply means that it’s a good idea to shop around for the best deal. If your first port of call is your dealership, expect to pay the highest price. Because of their overheads, they tend to be the most expensive choice.

Although the cheapest option is to buy one from an online auction site (e.g. eBay), this isn’t recommended. Put bluntly, there’s a reason they’re cheap – you’ll often get a very poorly made one with very cheap components and even if it does work, you’ll still need to program it correctly to get your car to start. Since most people don’t own the specialist knowledge and equipment to do this, it could end up being a waste of time and money. If you strike a balance between the cheapest and most expensive options, you’ll find a company like ours right in the middle. We not only supply high-quality replacement transponder keys, but we also programme them to work with your vehicle too. And, unlike a dealership, we’re fully mobile so will to you with all the equipment we need to supply and programme your new key so that it works seamlessly with your vehicle.