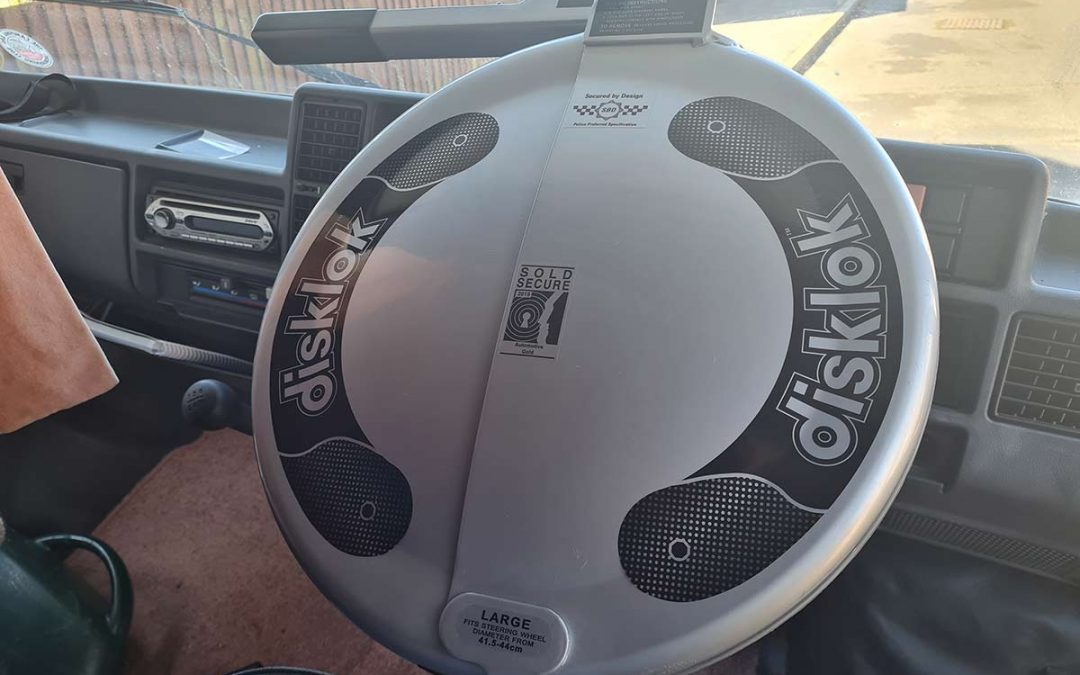 Younger drivers who are on the roads today may not be too familiar with how things were done back in the day. Before car alarms and central locking were even a thing, car security was still just as important as it is now and some cars were easier to steal than others. Things certainly took a more mechanical and less technological approach back then.

Virtually all modern cars can be locked/unlocked at the push of a button or touch of a device but back in the 1980s, you had a key that ONLY operated mechanistically i.e. you HAD to turn it in the door lock to open it and then turn it in the ignition to start it – there were no other options. Also, the keys themselves were pretty unsophisticated and you’d sometimes find that the key to your old Ford Escort would also open your mate’s one as well.

Add to this the fact that breaking into them and “hotwiring” them was pretty easy to do too. A coathanger and a screwdriver were two of the tools favoured by the 1980s car thief and hotwiring involved removing the ignition barrel wiring to bypass the need for a key. As a result, other forms of car security were a reasonable way to protect your pride and joy from the clutches of the novice car thief or opportunistic joyrider.

A classic example from the 1980s

As a pertinent example, the 1988 Honda Civic was made with a cheap locking mechanism. As time went by, the metal in the lock would wear down due to everyday use and when it got a sufficient point, it was often possible to open the car door with another Honda key, and it didn’t even need to be from the same model!

Cortinas were (and still are) a favourite as well

The Ford Cortina was perhaps one of the most popular cars on UK roads. From the MK1 to the MK5, this immensely popular vehicle could be found parked on almost every street up and down the country. In fact, this BBC article, notes how they are still a popular target for car thieves even to this day. Older, original classic car parts are increasingly hard to get hold of nowadays so the parts can sell for a small fortune. This makes the Cortina a prime target. with its unsophisticated security, it’s easy to gain access in seconds for those who know how to do it. This 2016 government report even says that older cars are proportionally more likely to be a target for exactly this reason.

The case for the steering lock

If you clicked on the Honda Civic link above and scrolled through the other cars in the Top 20 list, you may have been surprised to see quite a few modern cars in there too. Perhaps most notably is the Tesla at number 10. You’d think they’d be bristling with antitheft technology that would make them impossible to steal but according to the article, the transponder is its Achilles Heel. Taking into account that age of manufacture isn’t necessarily an accurate barometer for how secure a vehicle is, some simple old-school technology can still make a huge difference.

The lead image of this article is one such example. Although not invincible, The Disklok steering lock offers a good added layer of protection. The reason being that, even if a car thief can hack the transponder, they’ll still need to remove the lock too, which is a different kettle of fish altogether. Of course, there are numerous other devices from a variety of different manufacturers all working in slightly different ways. Some for the steering wheel, some for the gearstick and so on. If you’d like a better idea of what’s available, this article has a more comprehensive list.

Hopefully, this article has given you a better insight into why it’s a good idea to consider a variety of options to protect your vehicle from theft. It’s also worth noting that as Kent’s leading vehicle locksmiths, we’re all too familiar with how easy it can be to gain entry to a car, even modern ones with sophisticated electronic technology.